Chin State, known locally as the ‘Chin Hills’, due to its mountainous geography, is the second smallest state in Myanmar. It has approximately 479,000 inhabitants living mainly in small to medium-sized rural communities.

Chin State is widely recognised as the most impoverished state in Myanmar. An estimated 73% of inhabitants are unable to meet basic food and non-food needs, compared to the national average of 32%.

Chin State itself is home to over 53 dialects of the Chin languages and almost as many tribal groupings. To reach Health & Hope’s training centre in Lailenpi, it takes two days from Yangon, Myanmar’s largest city: a short flight to Bagan, a seven hour drive to Gangaw, and then a further 15 hours to Lailenpi. Previously, the trip from Yangon took four days alone, with the final stretch involving a back-breaking 18 hours on a motorbike!

The challenges of day to day life

Traditional livelihoods in Chin State are rooted in agriculture; usually paddy rice, upland shifting cultivation, and mobile fowl and livestock farming. Most of the region is forest or jungle. This mountainous terrain causes major problems for road construction and transportation, and provides little land for food production. The rugged geography and scattered population make it difficult to provide adequate education and health service, reflected in Chin State having some of the poorest health and education indicators in the country.

Decades of military rule and oppression in Myanmar officially ended in 2011 with the introduction of a nominally civilian government. Despite ongoing conflict between the country’s diverse ethnic groups and the Myanmar Army in many regions, a cease-fire agreement was signed between the Chin State National Front and the Government on 9th December 2012. This provided an opportunity to address long-standing political, military, ethnic, cultural, religious and human rights issues in the State. However, the widespread nature of prior abuses, their ongoing legacy and the multi-dimensional issues of poverty facing the Chin people mean life continues to be extremely challenging. Recent developments in Myanmar have shaken the fragile development and progress of Chin State and risk undoing the significant inroads that have been made over the past decade of peace.

The map below shows the mountainous geography of Chin State, nestled in the western corner of Myammar bordering India and Bangladesh.

Poor health and a lack of access to medical care are major concerns for the people of Chin State who are among the least healthy in the whole of Myanmar. Chin State has the highest incidence of malaria and diseases of the digestive system. The primary causes of death are from preventable and curable diseases such as pneumonia, diarrhoea and malaria. Medicines are scarce and expensive, there is no fully functioning hospital in the region, and less than one fifth of the necessary medical doctor positions are filled.

It is estimated that nearly 7% of children in Chin State die before their 5th birthday, more than twice the national average. The principle causes of death are treatable, such as diarrhoea, acute lung infections and malaria, exacerbated by underlying malnutrition.

Only half of all pregnant women in the State receive antenatal care by a trained professional. Less than 6% give birth in a health facility. Many women give birth alone, or with untrained assistance. 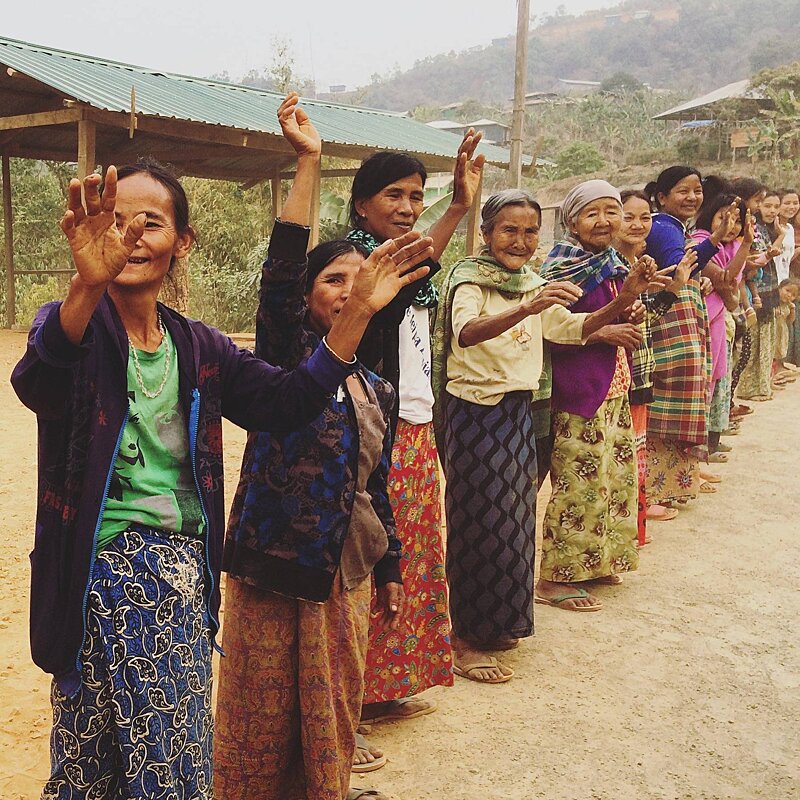 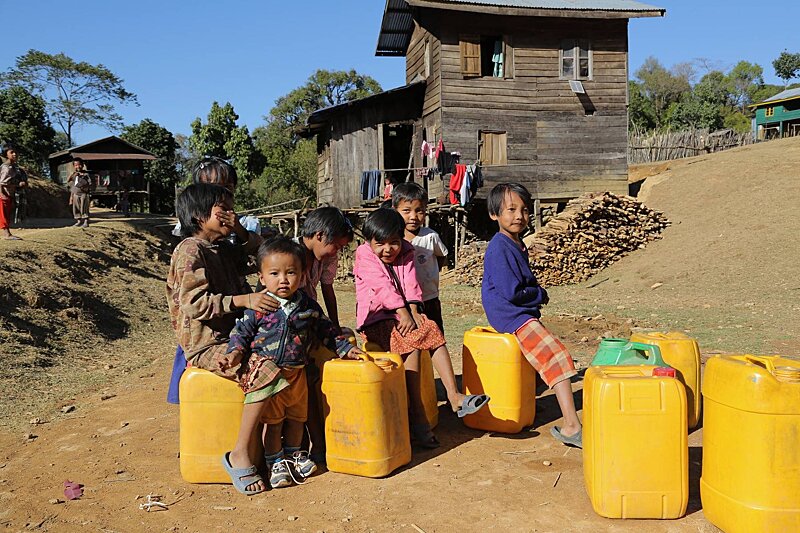 Pre-school education in Chin State is severely limited. Often, children aged 3-5 years receive no teaching in their own ethnic language. These problems continue into primary school and, combined with high levels of household poverty, contribute to a school drop-out rate of 18% by 11 years of age.

The drop-out rate is highest amongst the poorest, who rely on children to perform domestic and farming duties, and to care for younger siblings while parents work. Poor households are also less likely to be able to cope with economic shocks resulting from loss of employment, illness or death. In rural areas, these factors, combined with lack of access to educational services, and exams that are often set in non-ethnic languages result in less than 5.5% of youths in Chin State making it through school to pass their critical Grade 10 exams. 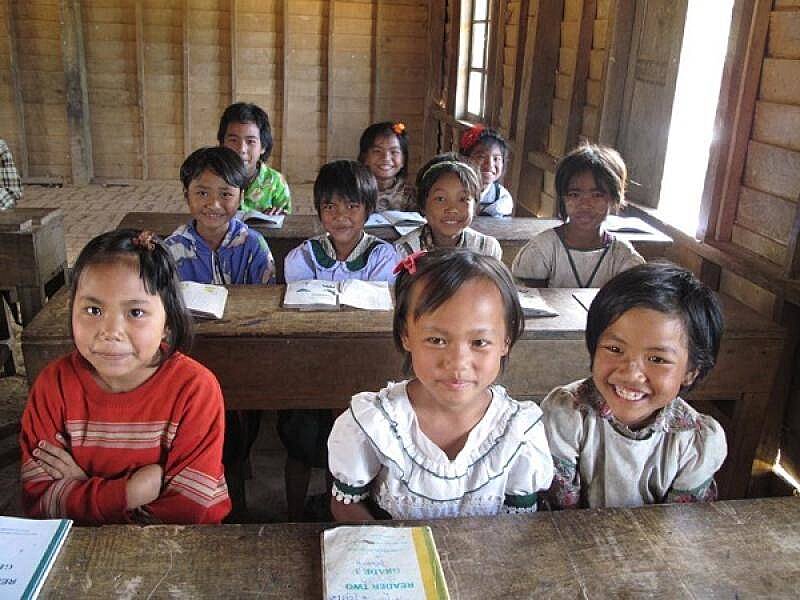 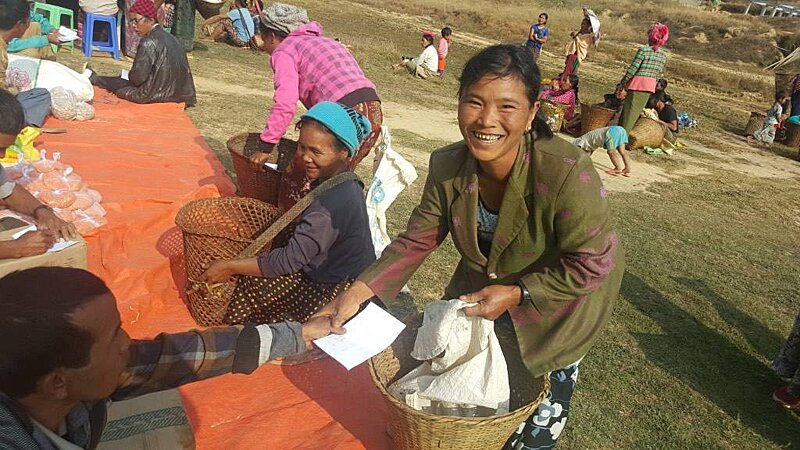 Traditional livelihoods in Chin State are rooted in agriculture; usually paddy rice, mobile fowl and livestock farms, and slash and burn crop-planting techniques. However, deforestation and changes in rainfall and the climate are reducing farmers' harvest. Cash crops cannot compete with lowland products or those arriving from other countries. Falling yields of rice and maize, the local staple diet, are all factors making life harder. In addition, safe water supplies for drinking and crop irrigation are insufficient for local demand.

Since 2000, food consumption has declined. Food insecurity and hunger are common in rural areas for several months every year. This has resulted in widespread malnutrition, and the stunted growth of 58% of children in Chin State, the highest in Myanmar.

It is in this context of poverty and challenge that Health & Hope UK aims to enable positive change through healthcare, education and community development projects.