OUR GOAL is that young people experience improved educational prospects, long-term socio-economic wellbeing and are proactively contributing towards the development of their local comunity.

Children in Chin State live in a neglected and impoverished region of Myanmar and face a myriad of challenges in their attempts to seek a basic education. The area is remote, the landscape rugged and the population scattered. A chronic lack of investment and recurrent natural disasters have led to the highest rate of household poverty in Myanmar (58% living on less than $1 / day, 2017 src: UNDP / World Bank), poor infrastructure, food insecurity and poorly functioning health and education systems.

In rural areas, the high poverty levels, combined with lack of access to educational services, and exams often set in non-ethnic languages, contribute to only 8% of children passing their final exams at age 15, compared to 17.8% in urban areas. Last year, less than 5% of students passed their Year 10 exams in Chin State. This dismal pass rate has contributed to weaknesses in local drivers for change, as only students who matriculate from year 10 are able to secure formal employment or go on to further education.

Click the tabs below to find out more about our current projects.

This project was launched in June 2019 and is along sought-after education initiative which provides a targeted year of education, aiming to significantly improve the Grade 10 matriculation rate and future life opportunities for up to 100 students from 30 remote villages.

Children in Chin State live in a neglected and impoverished region of Myanmar and face a myriad of challenges in their attempts to seek a basic education. The education system in Myanmar currently excludes rural, poor, ethnic minority children due to language barriers, location, poverty, and curriculum content. Pre-school coverage in Chin State is severely limited and the levels of supervision and quality of teaching vary widely. Children often receive no teaching in their ethnic language. These problems continue into primary school and beyond, which, combined with high levels of household poverty, contribute to extremely high drop out rates. As a result, less than 5.5% of youths in Chin State will make it through school to pass their critical Grade 10 exams.

The Education for All project launched in June 2019, providing full-time education to 96 students, with the aim of a significant increase in the Grade 10 matriculation rate. Each year, the project will provide:

The project was piloted in 2018, supporting 202 students part-time, who were studying in two schools in Lailenpi town. The team focused on providing additional tutoring in English, Maths, Physics and Biology.  The Year 10 exam results are just out and there was a significant improvement.

As a result of the pilot project, 24% of students passed their exams compared to under 10% two years ago.

Whilst the pass rate in Chin State continued to be the lowest for the whole country, students in Lailenpi achieved a 4% higher pass rate than the state average (20%), with the highest state in the country achieving 37%. For a remote rural town, this is a significant achievement, almost matching the pass rate of students from the state capital, Hakha.

National Grade 10 exam results in Myanmar were released on 9th August 2020. We are delighted that in the first year of the project, Education for All students achieved a 31% pass rate with 27 out of 87 students passing their exams.

To put this into context, the national average showed that 32% of students passed their exams. Mon State, the leading state for many years in Grade 10 results, dropped from a 37% pass rate in 2019 to only 34% in 2020.  Yangon, representing by far the most urban areas of the country, was consistent with the prior year scoring 32.8%.

Chin State as a whole scored 21.2% this year, slightly higher than last year, but in Lailenpi, the small town where the project is based, the pass rate was only 14.2% (38 out of 266 students). The government school this year only achieved 10% and only 10 out of 112 students from the rural villages attending the examination centre passed (9%).

Without Education for All, only 9% of students coming from remote villages would have passed their exams based on the performance of the examination centre.  Achieving 31%, a pass rate consistent with major urban areas, and almost 10% higher than the local private school (which has been operating for almost a decade) was a major accomplishment.

Imagine doing 5 of your GCSEs in your third language, and you really don’t have a grasp of that language! Well that’s what it’s like for the Y10 students in Lailenpi! I visited in January 2019, and rather than being surprised at how few students pass these all-important Y10 exams, I was amazed that any had passed at all. And yet some of the 2% who did pass a few years ago, went on to complete degrees and have since returned to support and transform their community.

Education is valued and prized in Lailenpi, so much so, that even years after failing to pass their Y10 exams they have become part of the 100 “Repeater Students” now taught by Health & Hope staff. The team have taken on the challenging task of giving these “Repeater Students” another chance. Their relentless hard work, patience and willingness is sure to reap rewards. Suppose a far greater percentage pass this year, go on to do extra study and then return to Lailenpi - think of the further transformation that will take place! Wow! 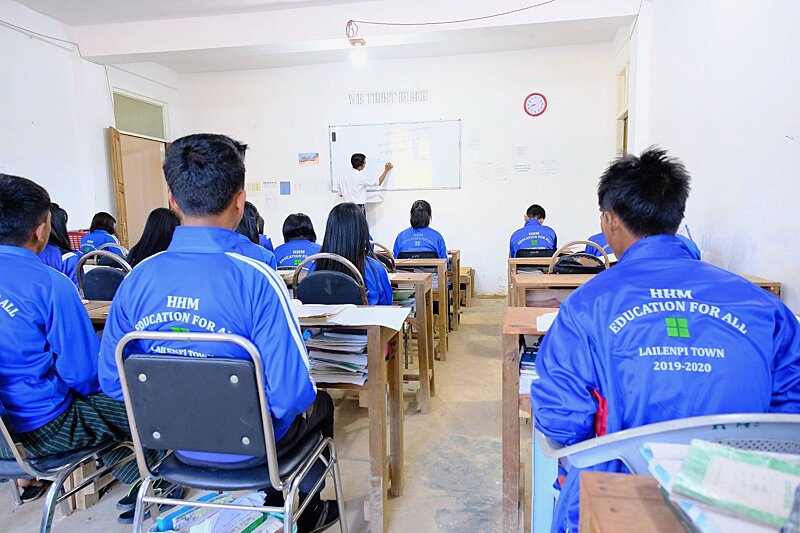 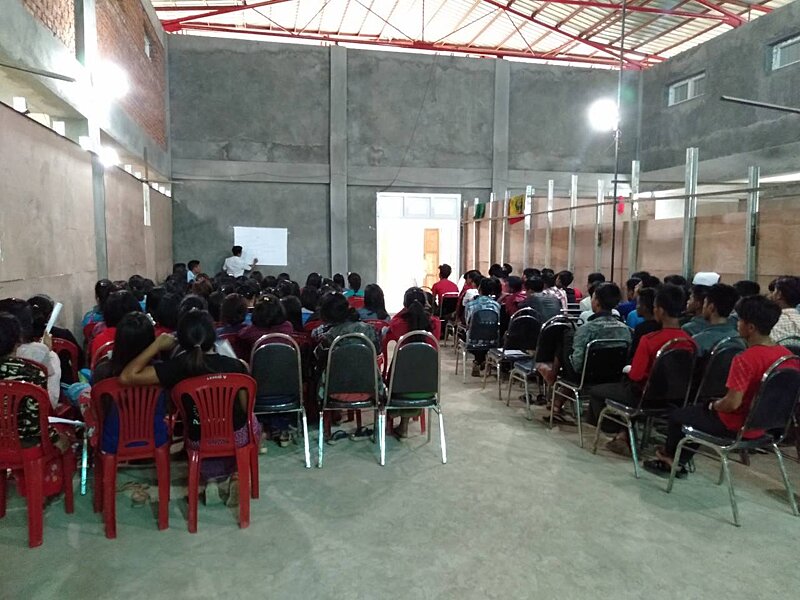 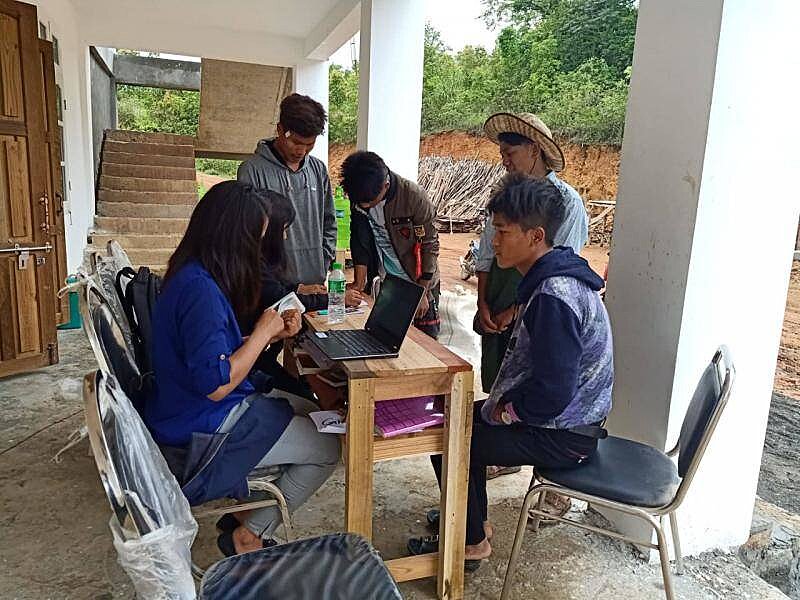