The video above shows the latest progress that has been made on the Lailanpi Airstrip project. Despite a few delays as a result of the COVID-19 pandemic, the airstrip is on track for completion early next year, with the first flight being planned for March 2021.

It is only through our partnership with Mission Aviation Fellowship (MAF) that this incredible project has been made possible. This year, MAF are celebrating their 75th Anniversary and have held a series of online events to mark this milestone.

A very big THANK YOU!

We are absolutely blown away by the amazing generosity and support of our wonderful supporters!

Just over 24 hours after the Big Give Christmas Challenge launched, you had donated enough to meet the target we had set, raising over £9,000 for Hope Clinic! Thanks to some very generous supporters, we were able to secure a further £5,000 of matched funds and again within a matter of days, our next target was reached!

Overall, through our Christmas campaign, we have raised £20,722 for the work of Health & Hope. What a fantastic way to end 2020! 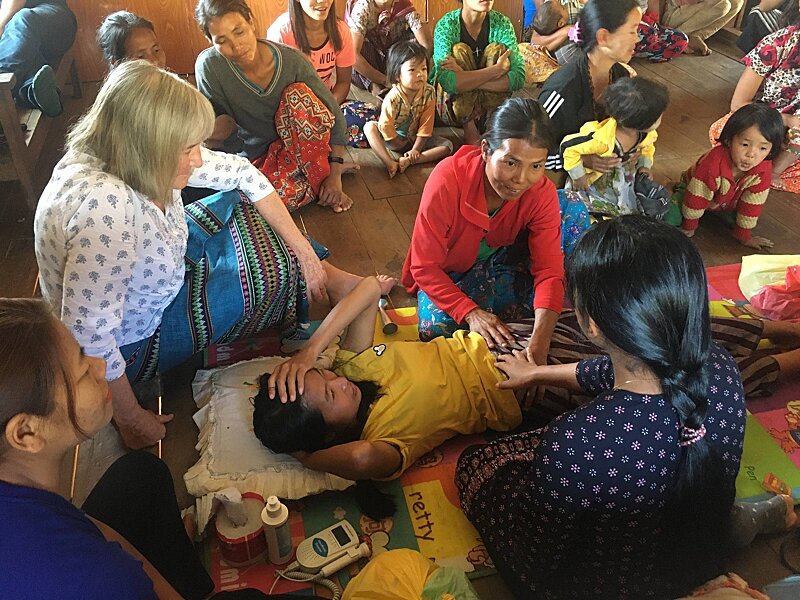 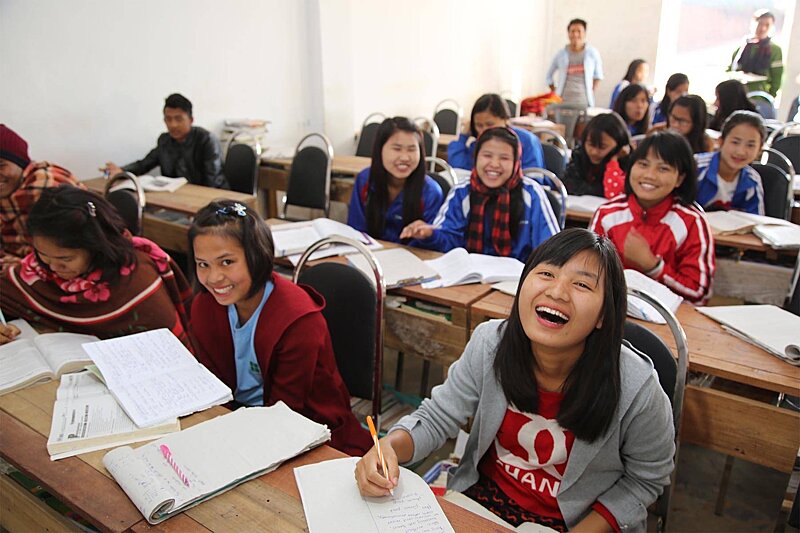 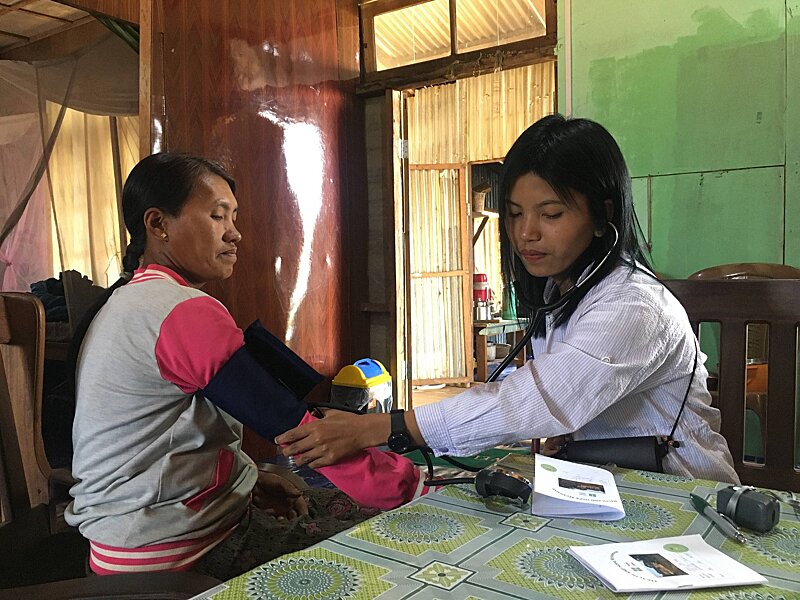 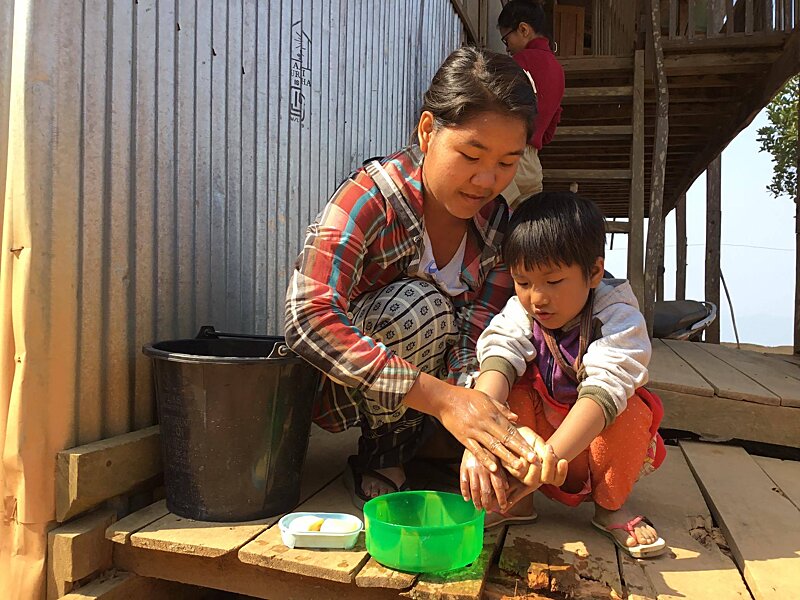 It's been a tough year for everyone, and so we don't take it for granted that many of our supporters are facing difficult circumstances themselves, including financially. Your continued support through giving and praying for our work is very much appreciated and will make a massive difference to the communities we serve in Western Myanmar.

Hopefully you will have read our latest Annual Impact Report, which gives a summary of all that you have helped to achieve. Below is a summary of last year's highlights in numbers. 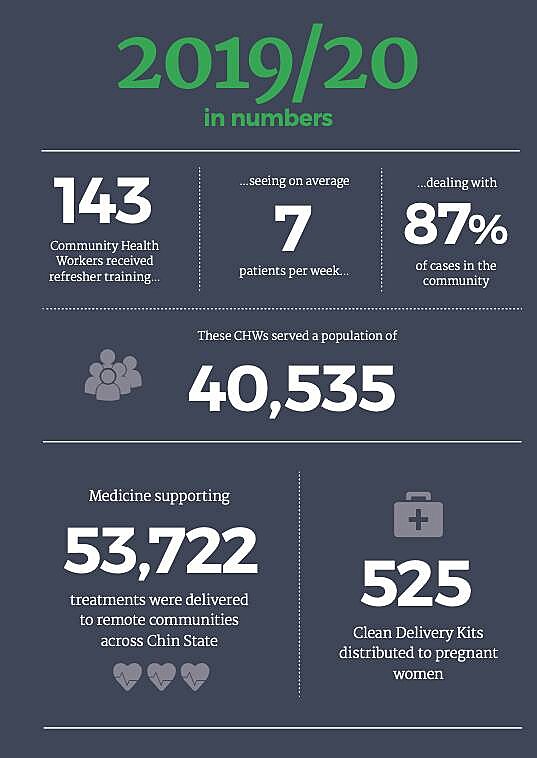 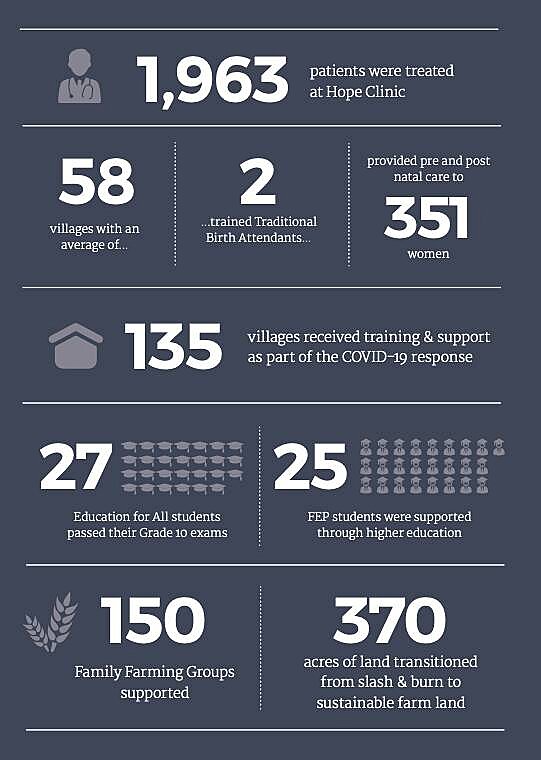 For many years I dreamt of our children having these opportunities. And this has been the result of our hard-working staff on the ground, and your generous support. I really want to take this opportunity to say thank you from the bottom of my heart for believing in what we have been doing and giving such amazing support to our works.

Thanks to your support, we will be able to help even more people by bringing health and hope to to the remote communities of Chin State, Myanmar.

Dr Sasa, the founder of Health & Hope’s work in Myanmar, has been nominated by the Central Executive Committee of the National League for Democracy (NLD) to represent their campaign in Chin State, ahead of forthcoming elections.

Today, Dr Sasa released a public statement on his possible candidacy, stating that discussions with the NLD leadership are still ongoing and no decision has been formally made.

Dr Sasa has committed his life and his work to the people of Chin State. In his statement he draws attention to the many challenges facing the Chin people, including the need for national unity and reconciliation and the importance of prioritising the most vulnerable.

The vision that Dr Sasa has held for his people and his nation has inspired many people over the years and his priorities and values have not changed as he influences and leads change in Chin State and beyond.

Discussions with the NLD are ongoing. If Dr Sasa were to formally accept any role in the election process, he would sever his links with Health & Hope Myanmar. Dr Sakie, the Deputy-CEO would then step up into leadership, supported by a fully equipped team, of medical staff educational professionals and food security specialists.  Field operations will continue unhindered, ensuring continuity of Health & Hope’s work to vulnerable rural communities.

Dr Sasa's message is available to read on Facebook here. The full statement from Dr Sasa is also copied below.

As many of my countrymen and women will know, I have spent my life tirelessly working for the welfare and development of the people of Chin State and beyond.

As a young boy, I grew up in one of the most remote regions of Myanmar, constantly facing the suffering, hardship, and the pain. In my village, there were no roads, electricity or running water and we struggled to survive. Many of my best friends died young whilst I was still at school and women in my village died needlessly in childbirth. From a young age, I was determined to help them, and after graduating as a doctor, I have given my life to serving the people of my country, no matter what tribe or tongue.

I have always believed, that nobody should be left behind suffering and in pain, and over the last decade and more of work, we have purposefully focused our efforts on reaching the most vulnerable, bringing hope to the hopeless, through transforming countless lives across the spheres of health, education, community development and food security. Through simple acts of kindness and compassion, through hard work and perseverance, we have helped to transform the lives of countless villagers and contributed to peace, security, and the development of our nation.

On 8th November 2020, the people of Myanmar will choose a government to represent them. The successful party will have a full agenda and high expectations, to address the many challenges that we face today, whilst also bringing transformational change to people’s livelihoods. The government will need to bring unity and reconciliation where there is division, transparency, and accountability where there is corruption, and promote investment and opportunity, prioritising those who are the most vulnerable.

The NLD has asked me to consider a role as a member of Campaign Committee in Chin State. I am deeply humbled and honoured to have been listed by the NLD . There are clearly many needs facing our people, and I strongly believe that by working together, with integrity, honouring one another above ourselves, Chin State can flourish and become a blessing for the whole nation.

Alongside my work as a humanitarian and doctor, I have been holding several discussions with the NLD to gain a better sense of their vision for Chin State and how this aligns with the needs of the Chin people. Due to Covid 19 restrictions, we have been unable to meet in person and as such, our discussions have not yet concluded.

If I were to stand with any political party on behalf of the Chin, I would do this as an ambassador of the Chin people, speaking out for the needs of the Chin and urging us to work together for the development and prosperity of the communities in which we live. I would seek out ways to resolve security concerns and work for peace and reconciliation in Chin State and nationwide.

I believe Chin State can be a driver of economic investment and development, utilising our people’s trustworthiness, determination, and skills, alongside Chin State's abundant natural resources to bring opportunity and development to all.

If I were to take office, I would want to see significant, measurable changes across the State in equitable access to opportunities and resources, particularly in health, education, development and food security, just as we have started to see in the rural areas that we have been serving over the last decade.

Whilst discussions continue, I pray that whoever takes on the role of leadership for Chin State, will be dedicated to delivering good governance, security, justice, and socio-economic opportunity to all. This is the future that the people of Chin State deserve.

In the meantime, I remain totally committed to continuing my efforts to serve the people of Chin State and Myanmar, whom I have always served with my whole heart.